Achieving your high school equivalency is a powerful experience. So powerful, in fact, that many students at the Logansport Juvenile Correctional Facility who passed the TASC test while incarcerated have actually returned to the correctional facility after being released, just so they could walk in the graduation ceremony.

We sat down with Lori Harshbarger, Superintendent of the Logansport Juvenile Correctional Facility in Indiana, to learn about her facility and what it means for students to earn a high school equivalency (HSE). 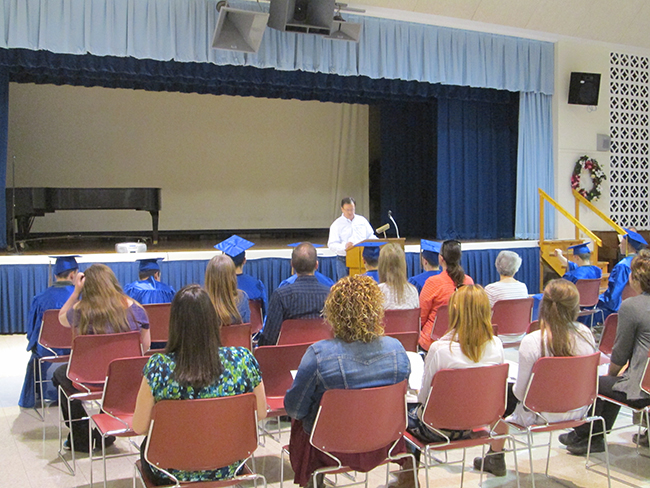 Q: Can you tell us a little bit about the Logansport Juvenile Correctional Facility and your educational focus?

A: Everything we do focuses around education. We try to help our students understand that education can be life-changing for them, and it becomes part of their treatment plan while they’re at the correctional facility. Focusing on making improvements and pursuing their HSE will give them opportunities to continue their education and find employment when they leave.

For the most part, these students’ release is based on their willingness to participate in their treatment program and make changes in their behavior. That’s why we make education a part of their treatment. We’re asking for them to make improvements and attempt to make changes, and if we see real effort, then we reward that.

Q: When did your facility start offering the TASC test?

A: We began offering the TASC test in January of 2014. We made the transition from the GED® to the TASC test right away when the State of Indiana switched over to the new test.

Q: How would you describe your transition to offering the TASC test?

A: We were pretty nervous about it because we’ve always had a high graduation rate with the GED® test, and we generally had at least one student out of every graduating group with honors. Also, the amount of time that our students stay at the facility is a little shorter than it used to be, so we were concerned we wouldn’t have as much time to work with them to prepare. Our teachers knew it was going to be challenging, so they pushed the students to do more, to help make the transition smoother. They changed their lesson plans to be a little more in-depth with the information covered.

In the end we’ve been really pleased. We encourage students by telling them that the TASC test prepares them even better for college, and that they definitely can do it, and they’re prepared for it. 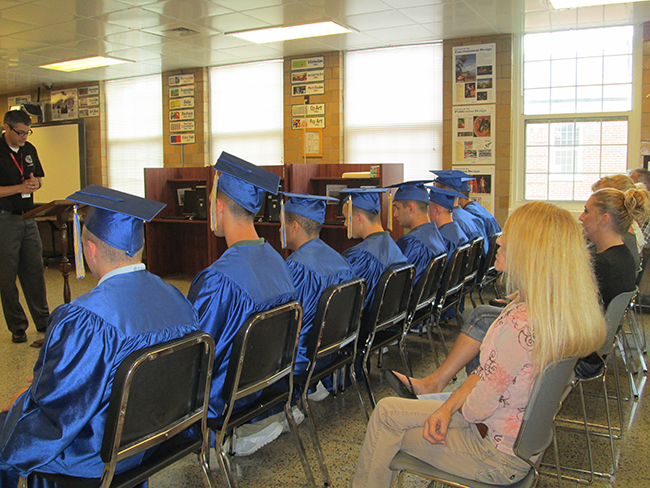 Q: What successes have you seen as a result of offering the TASC test?

With the few students who didn’t pass, it was because they were released from the facility before they could retake a section they needed. Overall, we’ve had a great completion rate.

Q: How is the TASC test administered at your facility?

A: We administer it as a paper-based test.

Q: How often is the TASC test offered?

A: We administer the test about every other month. We’re receiving juveniles every week, but depending on how they’re doing in their classes, we wait to test them until we feel they’re ready. So it could be that they’ve been here for six months and we’re just now testing them. Or it could be that they came here two weeks ago and we’re already testing them because they were close to graduating before they came in. It depends on where they are with their education.

We only test about 13 students at a time, so there is plenty of space and a good atmosphere in the room. We try to make it as relaxed as possible.

Q: How does your facility help test takers prepare for the TASC test?

A: We administer educational testing, IQ testing, and psychological testing when juveniles come through the intake unit. We use those test results when they are transferred to our facility, along with their school records, to place them in the right level educationally in our classes. Our students have a school schedule and attend regular subject-area classes to earn credits just like any high school student. Before taking the TASC test, we give them a qualifier test to see if they’re ready and to get an idea of whether they can pass it or not.

All of our teachers are highly qualified and licensed in their subject areas, and they are also licensed in special education. This dual-licensing helps our teachers know how to work with our students, since roughly 50-60% are special education students and have Individualized Education Programs (IEPs). All of our students also have an Individual Learning Plan (ILP) that they’re working on while they’re here.

Q: What motivates your students to pass the TASC test?

A: I think in general when students come here, they haven’t always had the best experience in traditional schools. But at our facility, they are working individually within their classes so they get a little bit more one-on-one time with the teacher. As an example, if they are taking a regular science test in class, it’s not like anyone else is taking the test at the same time. So there’s not a sense that they’re in competition with each other—it’s more focused on each individual. We also do a “Student of the Month” award for the different subject areas as a way to recognize individual students. When they get that little taste of success in their classes, they realize they’re capable of doing the work and it really energizes them to want to do more.

I had a student say the other day, when he passed the TASC test, that it was the best feeling in the world when he was able to call his dad and tell him, “I passed the test.” He said it was a huge accomplishment for him and that it meant so much to him, and to share that with his dad was just priceless.

Q: What does it mean to your students to pass the TASC test? How do you celebrate the accomplishment?

A: We hold a graduation ceremony every other month for students who pass the TASC test. We do the cap and gown, play pomp and circumstance, serve punch and cake, and their families get to come. We’ve had a variety of guest speakers, from local judges to an Olympian and the Lieutenant Governor. The family members get visitation time with the students after the ceremony, and we take pictures that we email home to the parents. We try to make it as special as we can for them.

It’s such a big deal to these students—we’ve had some who pass the test but get released before the graduation ceremony, and they come back after being released to walk at graduation. We’ve had that happen several times. It’s hard to believe—you’re finally released and then you’re coming back in, and bringing your family with you, to have that experience.

We had one student recently who passed the TASC test and was just so thrilled. He brought all these people with him for the graduation, including his mom and his mom’s sponsor; she was a drug addict previously but she’s clean now and doing well. She had never been approved to come in as a visitor in the past because of her addiction issues, so they were both so excited that she could come to the graduation. It was great, and he was just beaming. It was so good to meet her and it was just a really special experience for all of us because we’d always wondered what she was like. The student also brought in a paper for us to sign so he could go to his girlfriend’s prom, which is huge because a lot of our students just completely miss out on those kinds of opportunities. This was a student who had had problems time and time again, but he has a job now, and he calls from time to time.

I think when you can empower students to realize they can do better than their current situation, and education is going to be a way out for them, it’s a life-changer for them.

Q: What are you most passionate about at your facility?

A: My mom is a retired teacher, my sister is a teacher, my grandmother was a teacher; I probably would have been a teacher too, but I got into this field and loved it. And truly, I’m like a teacher here. It’s great when a student tells us, “I’ve signed up for college,” or “I’ve gotten this great job,” after they leave here.

We push education one step further in that once they have their high school equivalency certificate, we still have them go to school every day through vocational classes. We have C-Tech, which is an internationally recognized fiber optics and copper cabling certification program that can lead to jobs for our students. We also do interviewing skills, and we work with them on writing cover letters and resumes. They’re not allowed to have Internet access while they’re here, but we give them an email address when they leave and we email them their resumes and cover letters when they get home so they don’t have to recreate them. We stay in touch to help make sure they get registered for school and do the other things they need to do after leaving. I think it gives them a step up.

Q: Any additional comments, insights, or comments of inspiration you’d like to add as it pertains to aspiring HSE candidates with the TASC test?